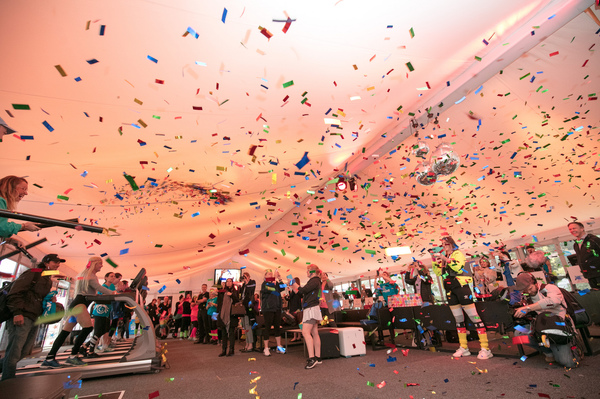 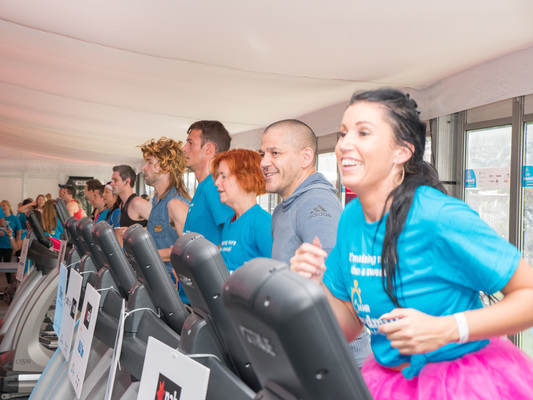 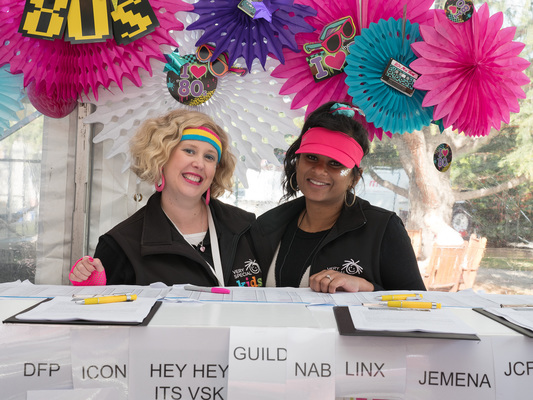 KEEPING treadmills running for 24 hours is thirsty work, but who can complain when it’s for a good cause.

Local charity Very Special Kids, with the help of its supporters, raised $934,657 during its 24 Hour Treadmill Challenge last month.

Dressed in their best 80s costumes, more than 1000 participants young and old kept the treadmills in continuous motion for 24 hours.

That included members from the Jellis Craig teams in Boroondara and Stonnington – as part of their Jellis Craig Foundation.

The real estate company has supported VSK since 2005.

It began as a wine stall at the annual VSK Fair and grew to encompass a whole range of activities from attending events like the MCG Footy Fever Debate, gala dinners, Ladies Lunch and Autumn Classic to working up sweat on the annual Treadmill Challenge and rattling tins during the annual Piggy Bank Appeal (where they raised the most money ever at the Bourke Street trail stop in 2016).

In 2013, when the Jellis Craig Foundation was established, VSK became one of the first charity partners of the Foundation.

Since then they have raised in excess of $300,000 for VSK through the various activities.

In 2018 alone, their staff have taken part in numerous events including:

The Jellis Craig Foundation is a registered charity that works to create awareness and raise funds for selected charity partnerships.

By contributing to each cause via their projects and events the Foundation seeks to make a real difference to people’s lives.

The Jellis Craig staff directly influence the work of the Foundation and staff are encouraged to get involved in projects and to identify opportunities to make a difference.

Everyone from senior management, to agents, to administration staff has a role to play.

[READER COMPETITION] – Win a Pet Staycation at The Langham Melbourne...

Check out these interesting prizes for pets and family...

Get ready to light up Stonnington

Throw expectation out the window

Be your best at De La Salle