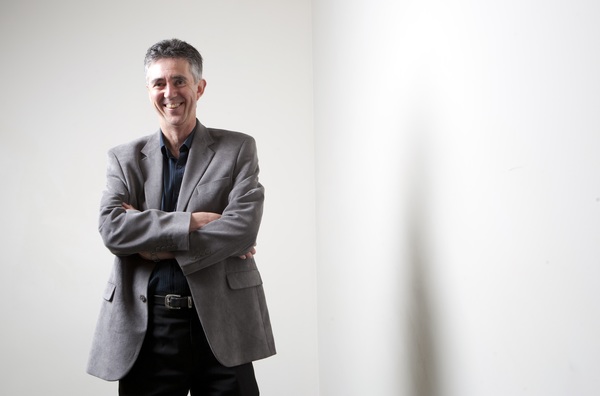 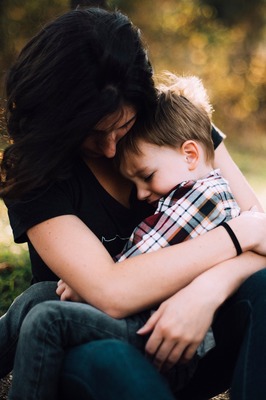 I’m minding the house of some friends, near the beach in Hobart. It’s about 7.00 in the morning, and there is only the sound of the waves, and seabird’s cries.

Then suddenly, on the street outside, an angry male voice rings out. “Get in the car you little shit!”.

I go to the window and can see a dad, huge and red faced, standing beside his SUV, and a small boy five metres away, and backing away further still.

Another child watches on, and I can make out a toddler already strapped into their seat.

My heart is suddenly divided – I know what it feels like to wrangle small children, seatbelts, and cars, and be running late.

But I feel for that little child – especially if this is a dad who regularly talks to his kids in this way.

I know from years of being a therapist that kids take a clear message from what parents say, especially if it’s accompanied by anger.

There are few things more terrifying than an adult, ten times your size and weight, who has clearly lost control.

We’ve come a long way in parenting, in the last 50 years.

When I began working as a family therapist in the 1970’s, the aim was a very simple one.

The parents who came to our clinic often had kids with serious behaviour problems – at school, or when a bit older involving courts and the police.

Almost always, these families had developed a pattern of escalating negativity.

Hitting, hurting, shouting, calling kids terrible names, might get them to comply out of fear, in the moment, but rarely worked for very long. The thing was, these were not bad people, but parents who loved their kids deeply, and wanted them to have happy lives.

But the only tools they knew were negative ones – the same that had been used on them.

We would talk about their own childhoods, as a way of creating empathy for the experience of their children. And begin to nudge into safer, more positive ways to get kids to behave, calm down, and be happy.

My first book The Secret of Happy Children came out of this learning.

Interestingly the country it sold most copies in was Germany where a generation of young parents absolutely rejected the childrearing methods of their past.

Today parents are very different. We show affection and warmth, lots of cuddles and quiet chats, and we let our kids know we love them, and that they are great. When we set boundaries, we are more likely to keep calm.

It doesn’t mean we don’t have stressed out moments, but we understand that often kids are also stressed, or needing something from us that we haven’t taken into account.

We check in with them to help them stay on an even keel, and are open when we have to rush things, so they understand.

Pressure of time is still the thing that can undo us – it is probably behind 90% of all behaviour problems.

In my talks and books, I help parents to see that the problem of overbusyness isn’t in us, often, but in the crazy way that life expects us to be always on the go.

We live in a society that claims to be family friendly, but is actually the very opposite. It wants us earning and spending, with no time in between.

This month on my facebook community, I shared some news articles about the terrible effects that the government’s ParentsNext program was putting onto families who were in income stressed, especially single parents.

Some terrible stories were shared in the comments section, backing this up.

I believe we have a right to parent, to do it in our own timetable, and not be forced into working – or not working – by outside forces. Kids who are mentally healthy, don’t get into crime or drugs, and are good parents themselves, only happen when their childhoods are safe and slow.

Governments, and employers, really need to really be on the side of parents, which they are not at present. All the same, try not to call your children little shits.

They do take it deeply to heart.