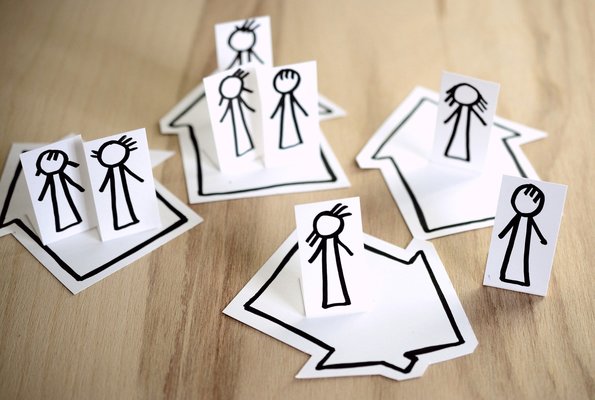 Being at home all day with big energetic boys is a challenge, but some parents are finding it surprisingly sweet.

A few years ago I started a Facebook community for readers of my Raising Boys book.

I was new to social media, and not at all sure of what would work. Today we have 140,000 parents checking in, from 32 countries that I know of.

And in recent days, its providing a wonderful snapshot of the Covid Crisis’ effects on family life around the world.

Firstly the good news is that many parents are finding it a surprisingly sweet time.

There is a chance to really talk, relax together, and get closer to their kids than in the normal craziness of modern life.

Family life 2019 style was not always all that great, and so 2020 is offering something new. I can report that many families are growing closer.

The parents who are doing it well seem to have some things in common.

They are not militantly supervising online schoolwork, at least, not to the point of conflict, but allocating at most a couple of hours for it in the flow of other things that are both fruitful and enjoyable. They have managed to create a family vibe that we are doing this together.

These parents have long known my boy raising message – that exercise and movement are natural needs of most boys and many girls, and so Youtube exercise videos are popular, and boys finding that working out with improvised weights, doing it together with dad or mum or a sibling, can be satisfying for its own sake, and make it easier to feel chilled and settled for the rest of the day.

In the past, many parents thought that energy in boys was naughtiness, but thankfully that has mostly changed.

The tendency to mollycoddle boys was another change in the culture that was much needed especially around housework and the preparation of food.

Many families are getting their kids to make meals in equal share with the adults.

A mum on the page allocated one part of the meal to her three sons in rotation – one the protein, one the veggies, one the dessert.

She is teaching them how to work from recipes, stayed nearby in a friendly supervisory way, so it didn’t feel like they are being abandoned, and also to prevent disasters.

Her boys were actually rather proud of themselves and wanting to try new dishes.

A very touching story was posted about a 14 year old boy who realized that he might not see his grandmother alive again, and was skyping her many times a week to check she was okay.

The other need boys have, according to neuroscience, is lots of structure.

The families doing well found that a routine made for a happy and balanced day.

They differed on sleeping in or everyone waking on time. (This crisis may be the first time for decades that teens get enough sleep – teens need up to ten hours a day, and benefit from sleeping later than adults do).

But all had found their own sequence to the day. Exercize, early on.

Getting any mandatory school work over with early, so more fun things can ensue.

Time online gaming with friends is the main social outlet for boys in isolation, along with other social media, so most parents are allowing more time now than they would have in the past. Isolation is hard on teenagers, and so finding ways to do that.

Several parents found that their sons, who had previously never read much, a trend that has alarmed educators for several decades, had suddenly discovered the joy of books.

Dads or mums who travelled a lot for work being suddenly at home all the time was of course an additional benefit, as long as they took a companionable approach and weren’t aggressive or controlling.

Sadly the news isn’t all good.

After a spate of glowing posts the other side came in.

Mums really frightened about this time, their sons, often in their late teens, belligerent and angry at the restrictions, chafing to get out and often saying they were off for a walk but probably meeting secretly with mates.

Sullen and withdrawn sons not coming out of their rooms.

And fights over getting schoolwork done at all. Where relationships have not been that great even in the good times, this is a real crisis.

We desperately need online mentoring for boys with no role models or just plain stressed and lonely, in families that have trouble being relaxed together.

Among the services for mental health being rolled out in the Covid Crisis, we ought to support lines specifically to help overwhelmed mums and dads.

But if these problems are worked through, this might be a time when a lot of what we value most comes to the fore, and our kids remember the year of the virus as a rather special time, a reset, a reclaiming of what family is supposed to feel like, and that might be something that lasts.

Complete Secrets of Happy Children, and The New Manhood

Playgrounds to reopen this week as the state eases restrictions

Children will be able to enjoy playgrounds again across Victoria in welcome news for families. Premier Daniel Andrews' announced a raft of measures today, easing...

Steve Biddulph| A snapshot of the covid crisis’ effects on family...