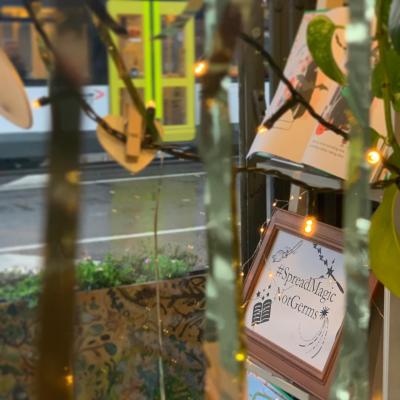 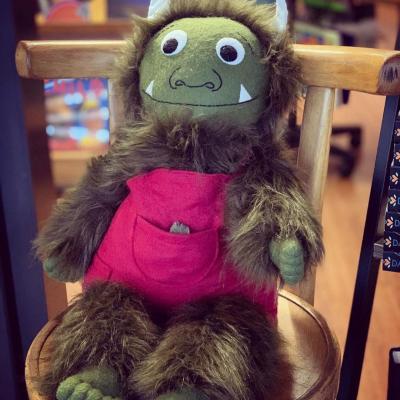 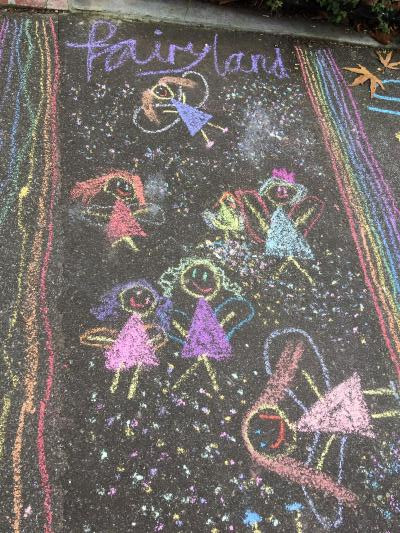 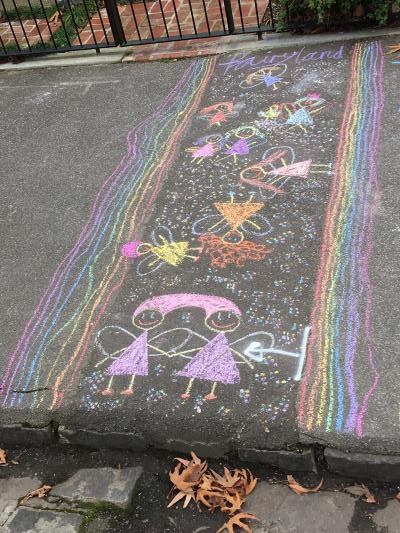 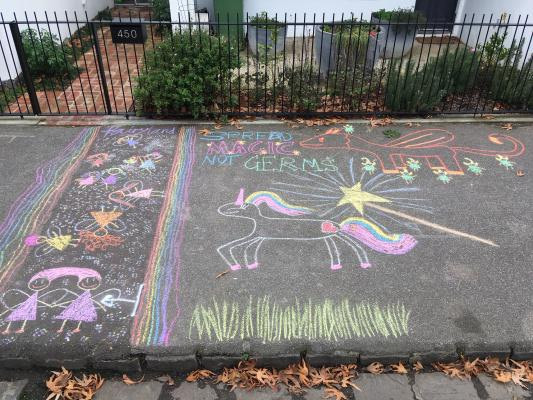 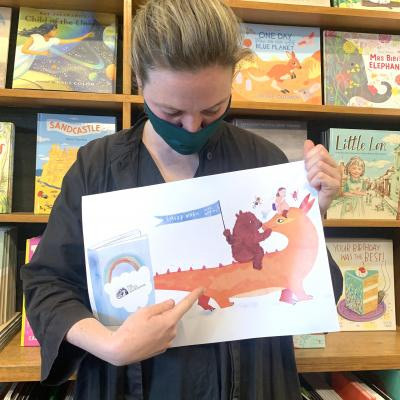 There’s a movement happening in inner Melbourne to bring a sense of magic, mystique and marvel during the city’s tough second lockdown period.

During the first lockdown, families all over Melbourne put their teddy bears in windows of their homes for the Teddy Bear Hunt.

It was a beautiful viral sensation – children would spot the bears in windows on walks with their families.

There was also the rainbow trail – where children drew rainbows on the footpath outside their homes with chalk and put posters in their windows.

This time, there’s a new grassroots campaign to light up Melbourne.

Writer and children’s storyteller, Fairy Caitlin, came up with the idea to #SpreadMagicNotGerms by encouraging people to put magical creatures (unicorns, monsters etc) in their windows or draw them.

“For the next six weeks let’s make a magical creature spotting adventure so children can go on a pixie hunt,” she posted on Facebook.

“Draw your favourite magical creatures and put them in your window for children to spot.

“Bring some joy and magic to those lockdown lives!”

As a single parent, in the first lockdown Caitlin and her son had a wonderful time finding bears and rainbows so she thought it would be nice to have a new adventure for lockdown 2.0.

“It’s been wonderful to see the community embrace the idea and the enthusiasm all over Melbourne,” she said.

“My local Leesa from children’s bookstore The Little Bookroom loved the idea and they have wholeheartedly embraced the spreading of magic.

“The Little Bookroom has connected with children’s authors and illustrators to join in the fun.

“I’m thrilled that Sally Rippin has loaned some her special handmade magical creature Buster the Feelings Monster to sit in the window of the bookshop to help spread the magic.”

Her local community has also gotten behind it.

“In my view these kinds of community projects are incredibly important at times like these. Participating in something magical and creative like this helps the community to feel connected to each other and lifts everyone’s spirits.”

Leesa Lambert from The Little Bookroom in Carlton said it was important to celebrate the positive things to come out of the COVID-9 crisis.

“Spread magic not germs is a way to celebrate community and creativity,” she said.

“We hope that everyone who sees a magical creature when they’re out exercising cracks a smile.

“It’s a small way to support our mental health, but a smile really help break through stress and anxiety.

“For children, getting the chalk or pencils is a fantastic activity that gets them away from screens. And it’s an empowering act of caring and kindness.

“What a thing of wonder to be part of!

“And ultimately, spying magical creatures around town will be so much fun!”

For anyone who wants to get involved, they can download a poster to get them started.

“For kids that are a bit reluctant Jess Racklyeft generously created a beautiful poster to get them started,” Leesa said.

“We’re handing them out from the shop and including them with deliveries. It can be downloaded from her blog.

“Print away and get decorating.

“Bestselling author and kindness campaigner Sally Rippin has also lent us her precious Buster doll, and original artwork from her trilogy Polly and Buster.”

Victorian families are being urged to take advantage of a free online parenting program as they navigate tighter COVID-19 restrictions. The free online program, Triple...

Life in lockdown: A magical new trend comes to Melbourne